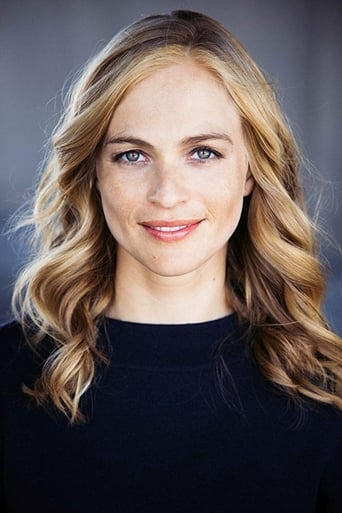 From Wikipedia, the free encyclopedia Early life Engelbrecht was born in Paris. She is the daughter of the actress Constanze Engelbrecht,[1] and made her acting debut at 12 years old, appearing with her mother in the 1996 TV film Adieu, mon ami.[2] From 2004 to 2007, she attended Hochschule für Musik und Theater Hamburg.[3] Career Engelbrecht gained recognition for her role as Valerie Ulmendorff in the 2005–2006 miniseries Mutig in die neuen Zeiten, for which she received a 2007 Undine Award nomination for "Best Young Actress in a TV film|".[2] In 2008, she played Johanna Palmquist in the TV movie Rasmus and Johanna, based on the Inga Lindström series,[2] and Ilse in the 2008 film The Red Baron.[4] In 2009, she appeared as the high jumper Elisabeth 'Lilly' Vogt in Kaspar Heidelbach's film Berlin 36,[2] and also in 2009, she starred as Müllerstochter Lisa in the ARD adaptation Rumpelstilzchen alongside Robert Stadlober.[5][6] In 2011, she played Maren Elkberg in the TV film Die Hochzeit meines Mannes, also based on the Inga Lindström series,[7] and followed with her role as the young ballerina Anna Castell in the film Die Tänzerin – Lebe deinen Traum.[1][8] In 2015, she played the lead role in the video for Anna Naklab and Alle Farben's single "Supergirl".[9]