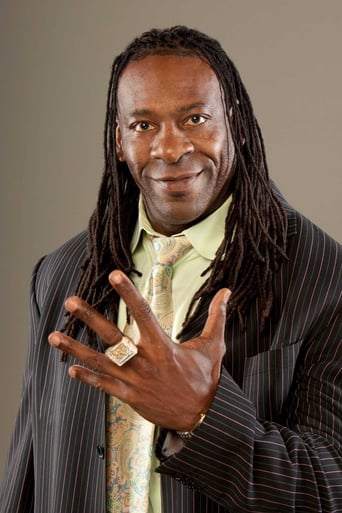 Booker Tio Huffman, Jr. is an American semi-retired professional wrestler and commentator currently signed with WWE. He is better known by his ring names Booker T and King Booker. Booker is best known for his time in World Championship Wrestling (WCW), the World Wrestling Federation / Entertainment (WWF/E), and Total Nonstop Action Wrestling (TNA), holding 35 championships between those organizations. Regarded as one of the greatest stars in WCW's history, he is also the most decorated wrestler in that company's history, having held 21 titles including a record six WCW World Television Championships, and a record ten WCW World Tag Team Championships as one half of Harlem Heat with his brother, Lash "Stevie Ray" Huffman and an eleventh reign in the WWF with Test. Booker headlined many pay-per-view events in WCW, the WWF/E and TNA from the early 1990s to the late 2000s and is a six time world champion, having won the WCW World Heavyweight Championship five times (four in WCW and once in the WWF) and a World Heavyweight Championship in WWE. He has also gained notable success as a tag team wrestler, being a fifteen time World Tag Team Champion between WCW (eleven times), WWE (three times), and TNA (once). Additionally, he was the winner of the WWE King of the Ring tournament in 2006, the sixteenth WWE Triple Crown Champion and the tenth WWE Grand Slam Champion. As the ninth (and final) WCW Triple Crown Champion, Booker is the most recent of four men in history to achieve both the WWE and WCW Triple Crown Championships. Booker was inducted into the WWE Hall of Fame on April 6, 2013 by his brother, Lash Huffman, better known by his ring name Stevie Ray.