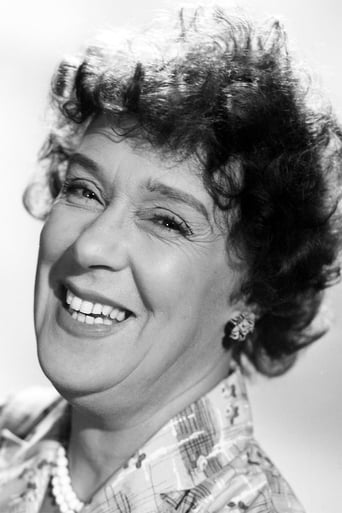 Kathleen Harrison was long a stalwart of British cinema.   Her place was always firmly below stairs – a cook perhaps, or a cleaning lady often answering the door with a puzzled expression always fearful that trouble was just around the corner.   She was born in 1892 in Blackburn in Lancashire.   She studied at RADA and then went to live in Agentina for some time.   On her return to Britain, she made her stage debut in 1926 in “The Constant Flirt”.   Her first major film role was in 1931 in “Hobson’s Choice”.   Kathleen Harrison made one film in Hollywood in Emlyn Williams “Night Must Fall” in 1937 as a maid (naturally).   She achieved national fame as Mrs Huggett in four films about the Huggett family.   In the mid 1960′s she starred in a very popular television series Mrs Thursday about a cleaner who won the football pools.   She died in 1995 at the age of 103.