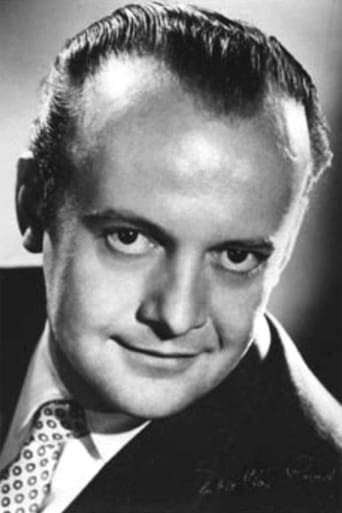 Tito Gobbi (24 October 1913 – 5 March 1984) was an Italian operatic baritone with an international reputation. He made his operatic debut in Gubbio in 1935 as Count Rodolfo in Bellini's La sonnambula and quickly appeared in Italy major opera houses. By the time he retired in 1979 he had acquired a repertoire of almost 100 operatic roles. They ranged from Rossini's Barber through Donizetti and the standard Verdi and Puccini baritone roles to Alban Berg's Wozzeck. He had a worldwide career as operatic baritone, appearing in (or recording the singing role) for over 25 films and, from the mid-1960s onward, was the stage director for about ten different operas which were given close to 35 productions throughout Europe and North America, including a significant number in Chicago for the Lyric Opera of Chicago. Gobbi and Tilda had a daughter, Cecilia, who now runs the "Associazione Musicale Tito Gobbi", an organization devoted to preserving and celebrating the record of her father's contribution to opera. He was also the brother-in-law of one of his famous colleagues at Covent Garden, the Bulgarian-born bass, Boris Christoff. Gobbi retired in 1979 and died in Rome in 1984, aged 70.